Pot Pourri is a new restaurant in Gachibowli that serves a medley of cuisines from India and it predominantly has Andhra & South Indian cuisines. With a huge competition among the bunch of restaurants in this locality, it is very important for the restaurants to have a USP to attract customers and Potpourri serves some amazing ‘spicy’ dishes from the South Indian cuisine.

Speaking first about the decor, the entrance welcomes with a rustic look of earthen pots hanged to the wall and showcasing a rural ambiance. But as we moved in, the ambiance at the dining area has the feel of regular casual dining.  I visited Pot Pourri with a group of foodies on an invite from the management for a tasting session. I would say that the Potpourri will live up to the expectations of serving good dishes from Andhra cuisine, but consistency would be the key for a good long run. With most of the dishes offered to taste are from Andhra cuisine, it is obvious that they are spicy.

We began the session with Paya Shorba and Nalli Soup. Paya Shorba had a generous amount of pepper and the aroma of pepper was very nice, but I felt the meat could have been cooked for a little longer time. Nalli soup was thin but the spice levels were damn high; since I like thin/clear soups, I liked the Nalli soup. 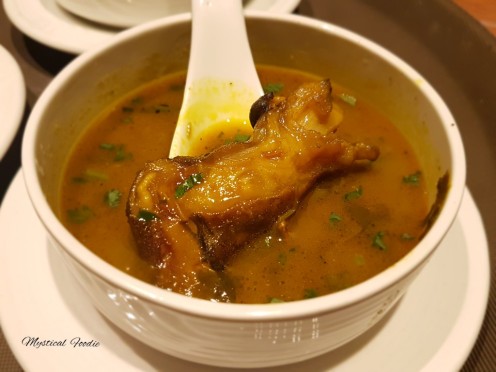 Moving on to the starters, Potpourri Special Kodi Vepudu, Miryala Kodi vepudu and Gongura Kodi kebab were good. While the Spl Kodi vepudu had the flavour of red chillies, miryala kodi vepudu & Miryala Mamsam Vepuduhad the distinctive flavour of pepper & green chillies. Before tasting the Gongura kodi vepudu, I doubted if the flavor of gongura would be lost during the process of grilling the chicken. But, the chicken pieces were well marinated with gongura and the typical tanginess of the gongura can be felt all thru while eating the chicken pieces and I am glad it was good. Tandoori Pomfret was a disappointment as it was not properly marinated and the smell of the meat was evident. 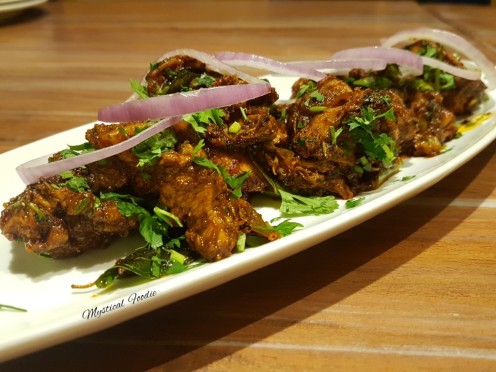 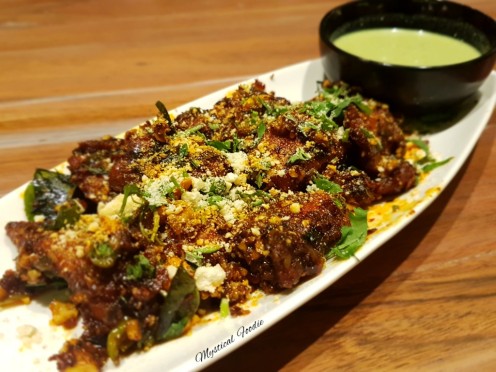 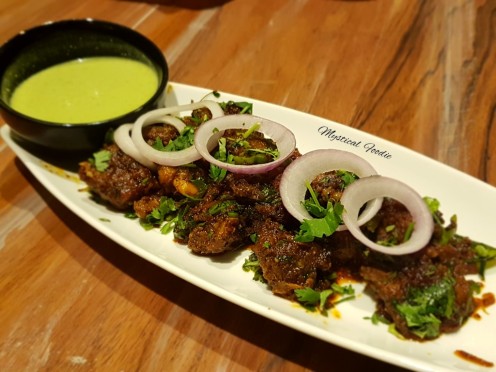 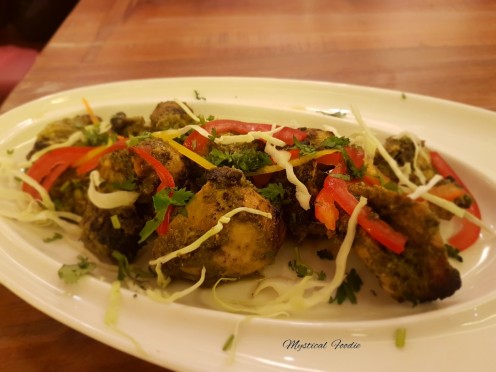 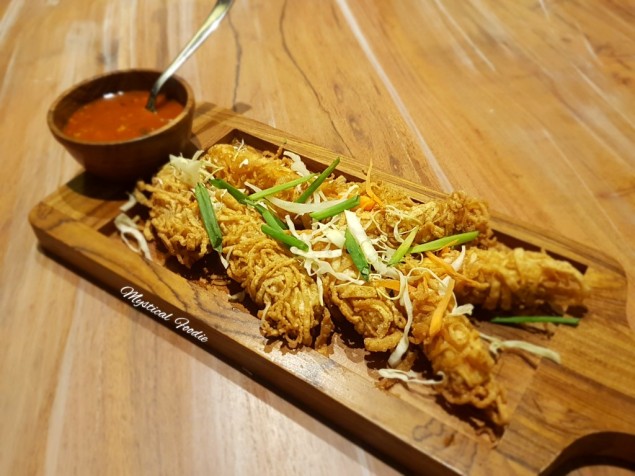 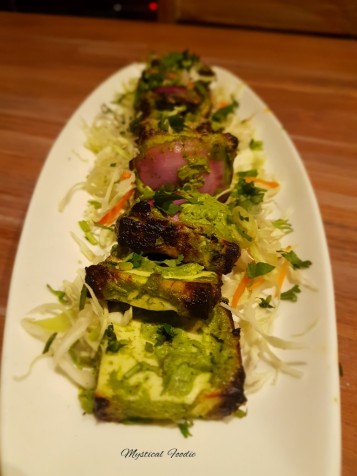 Among the main course, we were served Mamsam Kura and Kothimira Kodi Kura. Mamsam kura is boneless mutton kurma and alu in thick gravy; and kothimera kodi kura is a nice blend of roasted coriander powder with chicken curry. These curries went well with the bread basket that included tandoori rotis, Naans and masala kulcha. Pachimirchi Kodi Pulao and Karivepak(Curry Leaves) kodi pulao are hot & spicy. Non Veg pulaos are served with the special thich gravies of Pachimirchi kodi / karvepak kodi topped on the spicy pulaos. 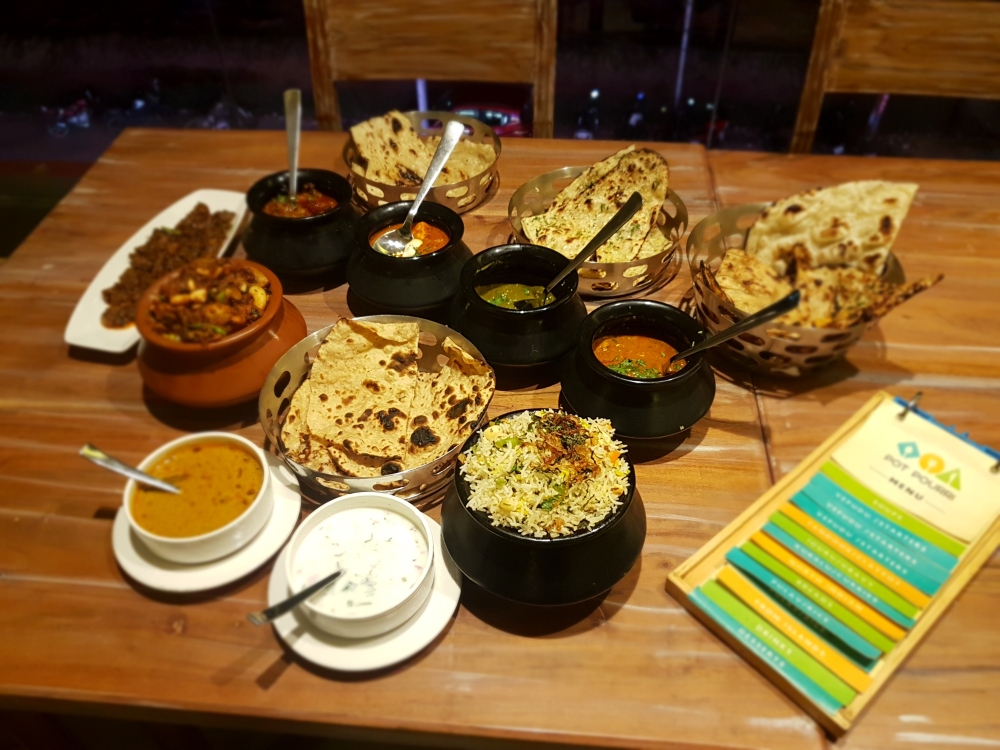 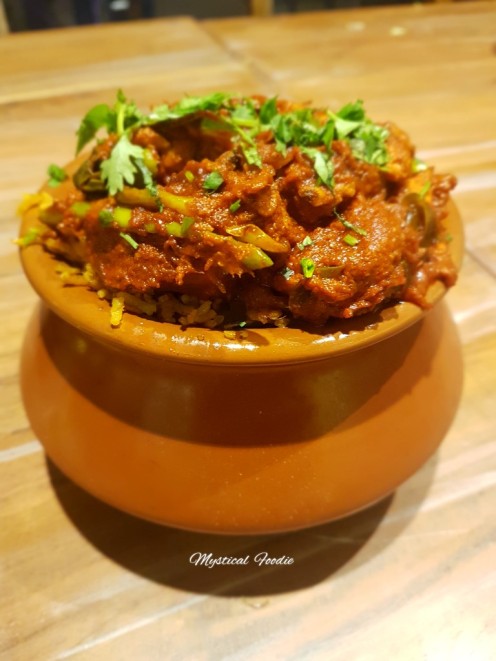 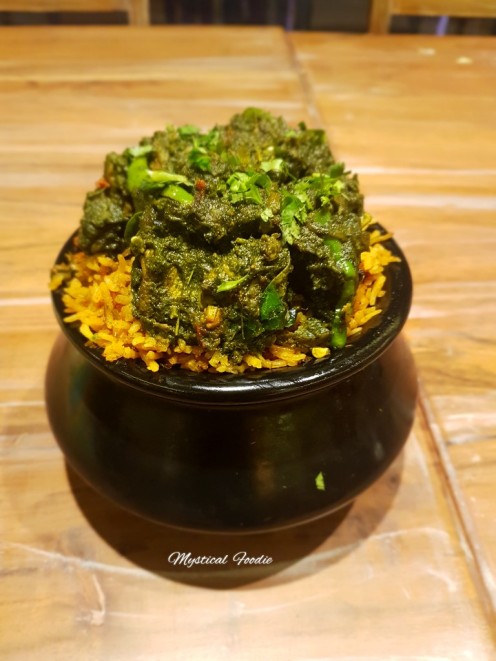 For spicy lovers who like the typical aroma of spices of South India, Pot Pourri would be a good place to satisfy their taste buds.