We all love to eat freshly cooked hot food. But having the food directly from the hot pan is amazing as it keeps the aroma of the dish afresh. Relishing every bite of the piping hot food from the sizzling pan with the exuding smoke is a heavenly experience.

While there have been many eateries that serve good sizzlers in town, Kobe Sizzlers opens their first outlet in Hyderabad to treat us with the best sizzlers. I was invited with a group of foodies for a tasting session of their sizzlers, starters & desserts. With Kobe being specialized in sizzlers, all of the 4 sizzlers served to us are amazing while the starters are okayish to my palate. There is nothing much to talk about the ambiance since it was kept simple and the main motto was to have the patrons relish on their best offerings from sizzlers.

We began the session with Spicy Crab Meat Soup and a bunch of starters that included chilly cheese toast, Crispy potatoes, taipei chicken and Spiced baby corn. Chilly cheese toast loaded with cheese & spices and fried till it turned golden color is good. Crispy potatoes were typical french fries sauteed with spices, capsicum, chillies and garlic. The flavor of garlic was strong and may not go well with folks who avoid ginger & garlic. Spiced baby corn, made in the usual chinese style with mild coating of batter was medium spicy and crisp. Taipei chicken had minced chicken pieces coated with flour and stir fried until crisp. Though the flavor of spices is nice, the flour coated on the chicken was hard and the chicken was chewy. 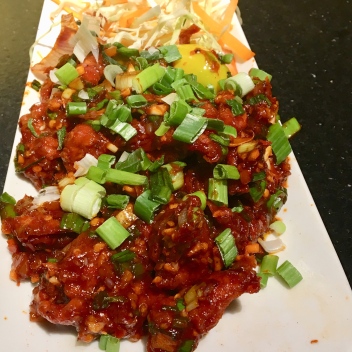 Moving on to taste the best sizzlers in town, Mixed Grill Sizzler and Kobe’s signature chicken Sizzler were served. Mixed Grill Sizzler had grilled Lamb, prawns and Chicken served with fries in pepper sauce along with vegetables and flavored rice. The juicy lamb pieces were marinated for over 12 hours and grilled to perfection that the meat was melting in the mouth; prawns were succulent and the flavor of the pepper sauce was apt on the sizzler. Kobe’s signature chicken sizzler had well grilled breast chicken pieces encased with flavored rice and noodles and dripped in sczehuan sauce. Though it was nice, the flavor of the earlier dish completely dominated the other dishes. Among the veg sizzlers, we tasted Exotic Veg Sizzler that had Mushroom Patty served with exotic vegetables, french fries fried rice and noodles. 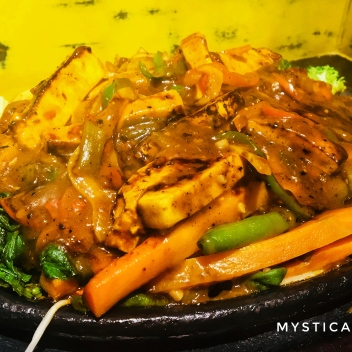 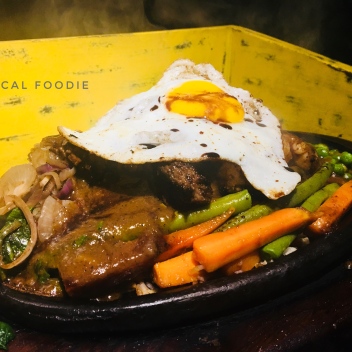 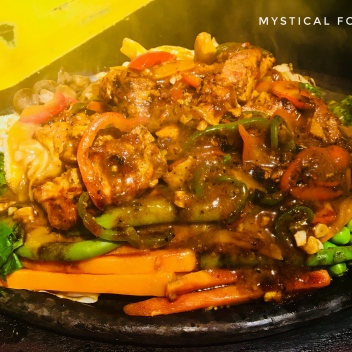 In the final league of the evening, we had Vanilla Ice Cream with fruits & custard, followed by fried ice cream and sizzling brownie. While the Vanilla ice cream was okayish, I was amazed to see that the icecream remained intact despite being fried. Vanilla icecream engulfed in a very thin layer of batter was fried and then topped with chocolate sauce. Sizzling brownie was the best among the desserts. 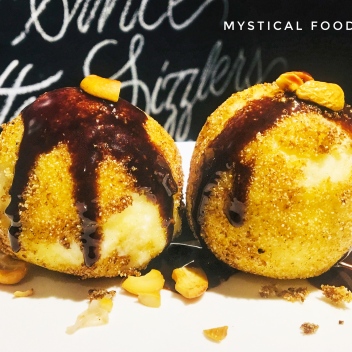 Summarizing my review, I would say a visit to Kobe Sizzlers is a must for its sizzlers and desserts.

View all posts by MysticalFoodie