Pieskos is a new multi cuisine restaurant that came up in Maredpally/Secunderabad to entice the foodies with a new combination of obverse cuisines. Peiskos serves Italian and North Indian cuisines that are completely opposite; but it certainly gives the patrons a good opportunity to taste different variants of food at the same place. Peiskos, being an all day restaurant, the full menu is served during lunch and dinner, and finger food is available between 3PM & 7PM.

I was part of the group invited to taste the food at this new place and provide feedback. The menu was curated to serve the best of Italian food and few North Indian dishes.

Decor– Located on the 3rd floor of a commercial complex, Peiskos has a contemporary casual dining decor with a very good view of the greenery outside the building. Provisioned with a 16 seater PDR as well, Peiskos has a comfortably spacious seating and good natural lighting during the day.

Food – The menu was very finely curated by Prashant Gupta, owner of the Peiskos. The best of the North Indian and Italian cuisines are found on the menu. As part of the food meetup, Paaya Shorba and Creme de Funghi were served as part of the soups. Creme de Funghi is a mushroom thick soup muddled with thick cream to bring a husky texture. Paya Shorba was thin soup and would have tasted better it had a bit of more spices.

Pollo de Olives is a Spanish appetizer has boneless chunks of chicken brined in a flavorful marinade and stuffed with a filling of olives and roasted garlic. The well cooked chicken with a mix of olive and tasted with a dash of spiced tomato puree tastes awesome. Nawabi Chicken Tikka had marinated pieces of boneless chicken grilled in the oven and served with a dash of beetroot puree, salads, green chutney and lemon wedges. The flavor of nawabi chicken is derived primarily from the nutmegs and regular Indian spices. Fish Fingers are bone less strips of basa fish dipped in batter and deep fried. Among the vegetarian starters, Veg Galauti Kebab and Anjeer Hara Bhara kebabs were good; served on a thin layer of naan/bread, they taste good when savoured with mint chutney. 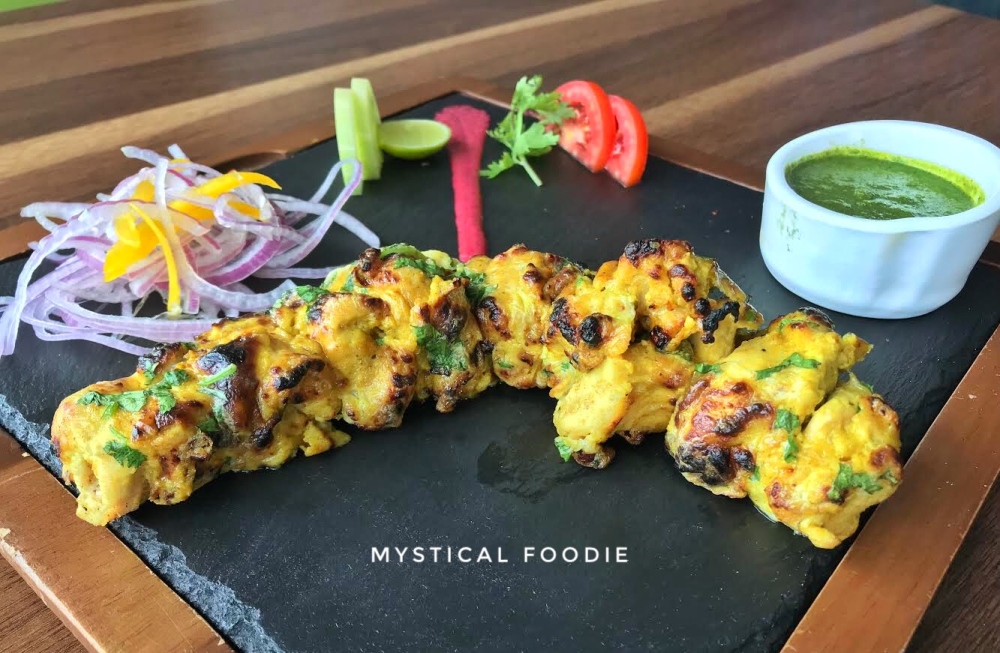 Pollo de steak with vegetables, served as part of main course, is boneless pieces of chicken served with pan roasted vegetables on the sides. Chicken is marinated with parsley, lemon, garlic and mixed herbs; and roasted on the pan till its fully cooked. With Italian cuisine being the main cuisine,

Pizzas are a must on the table. Must try are the 4 cheese pizza which is named Quattro Formaggio, it is a thin crust pizza generously loaded with 4 types of cheese – Mozzarella, Cheddar, Feta and Padano and pomadoro tomato sauce. The tangy flavor of the tomato sauce when combined with so many variants of cheese adds a nice flavour to the pizza. White beach pizza is a new variant of pizza that derives the taste from Bechamel, the thin crust pizza has a white sauce(bechamel) base and topped by fresh shrimps & onions. A dash of lime juice combined with parseley enhances the taste of the pizza. For pesto lovers, Santa Maria de Pesto pizza has a thin crust base topped with pesto sauce and topped with verde bell peppers, broccoli, green zuchini and mozzarella. 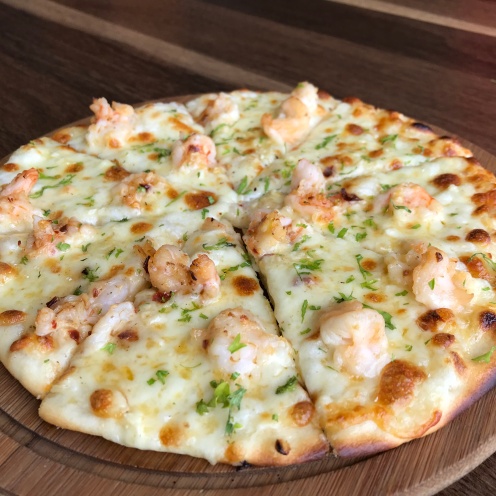 Desserts included Brownie Sundae, that has a scoop of vanilla ice cream topped on brownie and topped with hot chocolate. 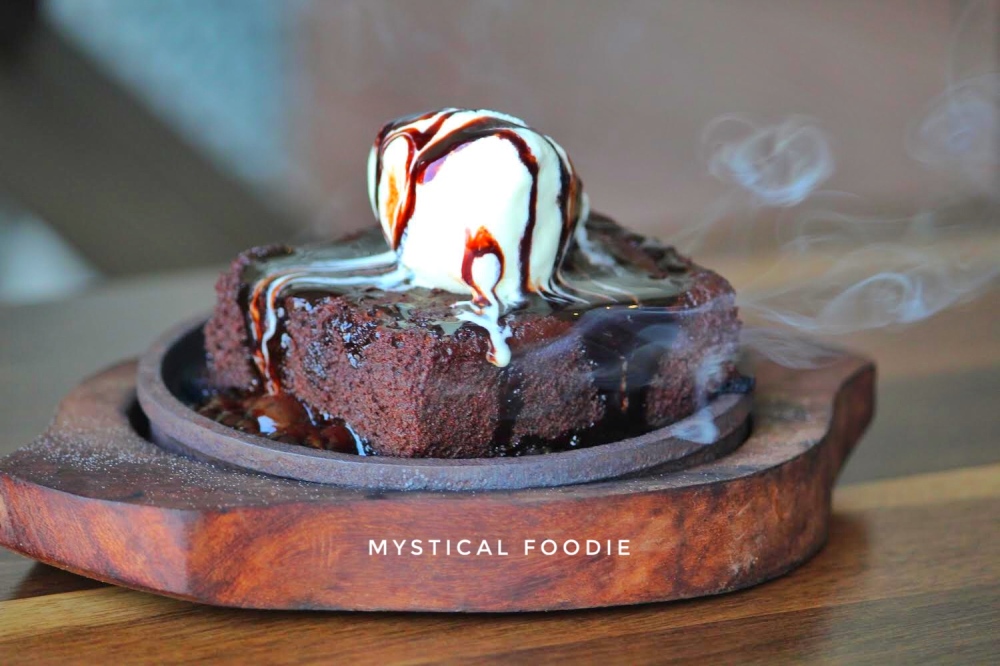 Summarizing the visit, Peiskos would be a sure shot crowd puller because of its different cuisines being served at the same place and an extensive menu with good food.